+44 (0) 203 036 0770 info@languagetraining.com
When Britain finally leaves the European Union in 2019 we will be the only European country where English is the official language. It means we will be much more isolated in terms of language as we have, for a very long time, relied on the theory that English is a “global language”. 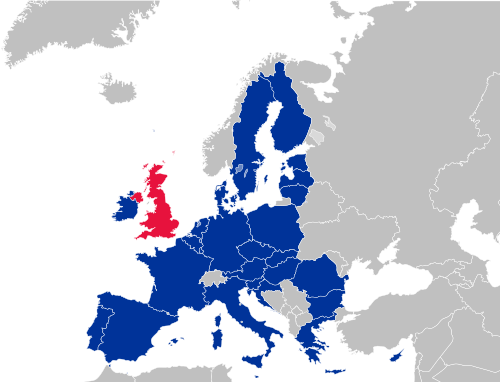 As a nation we have struggled to encourage our citizens that speaking multiple languages will improve job prospects and open doors to new opportunities. For the past seven years, the number of UK students choosing to study foreign languages at university level has been in steady decline. According to an article in the Telegraph, more than 10,000 fewer language A-level exams were taken last year than at the end of the 1990s.

With Brexit negotiations under way we are in unchartered territory and whilst our economy may remain steady, it does appear that monolingualism will soon be a thing of the past. The Telegraph article continues “there is no doubt the UK needs more of our young people, not fewer, to develop their language skills to at least a functional level for trade and export. But more than that, understanding another language is the basis for understanding another culture – and an open mind and an international outlook have never been more important for the UK’s place in the world”.

As a result of Brexit, many businesses are considering relocation due to increasing overheads and licensing restrictions. For those workers only speaking English it is an uncertain time as it seems certain that the need for new languages in the marketplace will rise. We know that a number of major banks are currently outlining plans to move to mainland Europe which could mean the loss of thousands of jobs in the UK. Dublin, Frankfurt and Amsterdam are just a few of the favoured locations for relocation but other European cities will be listing their credentials and vying for the business. For these employers we can surely not believe that all business will continue to be done in English. UK employees planning on moving with their company will need to learn the language of their new location in order to communicate with their colleagues, to integrate into their new community and to ensure a smooth transition during the relocation.

What languages should we be learning? It will depend very much on your circumstances and whether you are planning a move with your current employer. However, Spanish is one of the most widely spoken languages in the world and with many South American nations having rapidly growing economies it would be a great one to learn. German is another important language with Germany currently being the strongest economy in Europe and not forgetting French which is also the official language of Switzerland and Brussels.

8 reasons why everyone should learn languages

6 tips to make your Skype language lessons a success